The Association held its Annual General Meeting (AGM) from the 13th to the 16th of December, 2017; at the Jos University Teaching Hospital (JUTH) Multipurpose Hall, Lamingo.

The AGM’s Theme was NEW PHYSICIANS OATH AND ITS ROLE IN CONTEMPORARY MEDICAL PRACTICE, and the Guest Speaker was Prof. B. T. Ugwu.

The AGM also had a Sub-Theme; MONKEY POX AND OTHER RE-EMERGING DISEASES, Speaker: Dr. Shehu N.

The meeting was a success. 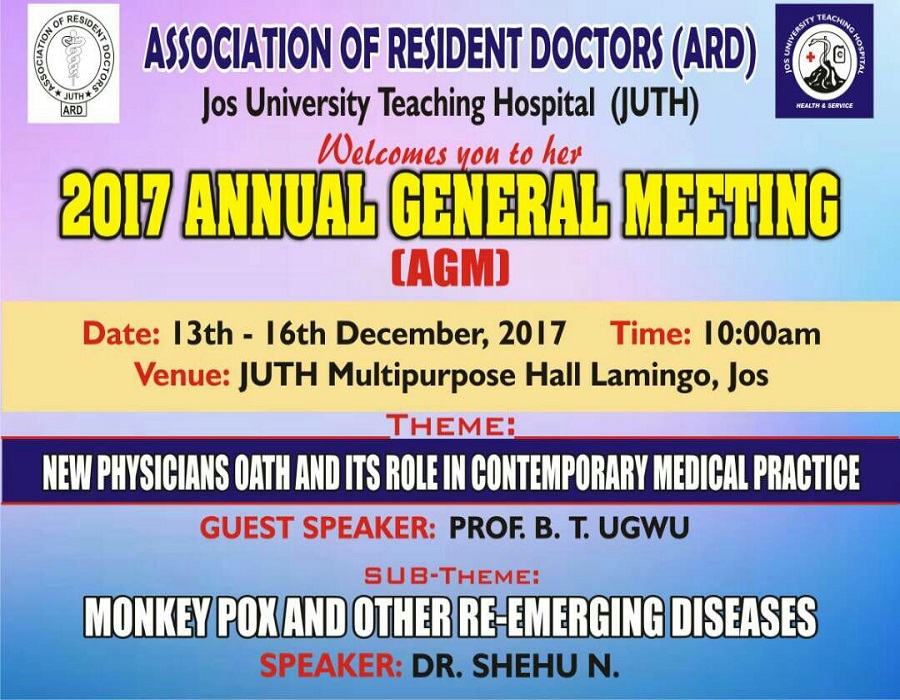